1.My favorite Christmas song is “I’ll be home” by Megan Trainor. Click here for the song!

I love the MCU. There is also some pretty funny things in there too. Here are a couple of my favorite funny moments.

One of my favorite funny moments in the Marvel Cinematic Universe is in Infinity war. In the scene when the Guardians of the galaxy, except for Gamora and Rocket, meet Tony, Dr.Strange and Peter. The Guardians ambush them and attack them. Quil then asks where Gamora is. They then go back and forth about it. It is seriously so funny. I quote it all the time too.

Another one of my favorite moments is from Thor Ragnarok. Thor has to fight the Grandmaster’s greatest fighter in order to leave Sakar. He gets out to the ring and sees that the Grandmasters fighter is the Hulk. He then is super happy and surprised about it because he hasn’t seen him in years. 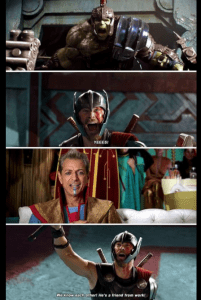 The last of my favorite funny scenes (for this blog post at least) is in Loki. He escapes and tries to get back the tesseract from the TVA. He finds the person that took it from him, Casey, and threatens him to give it back. Casey doesn’t understand what the threat is, so then Loki has to find some other way to threaten him. I love this scene and I use these quotes all of the time from it. 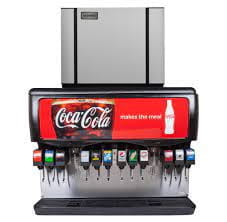 I think that it would be so cool to be able to design your own room. Here are what my top three must haves are for my dream room.

The first thing is a drink dispenser in my room. Not just an ordinary one though. I change my favorite drinks a lot, so it would have to keep up with it. It would have to be able to change the type of drink in an instant.

The second thing is a movie theater style screen and projector. That would be great for movie nights. Here is a good place to purchase projectors.

The last must have is a wall full of books. I love to read so this would be perfect. It would be like a mini library. I would have so many books to read and a place to store all of them. I could also buy more books and not run out of space. 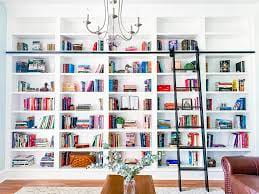 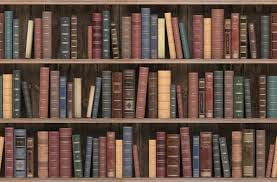 Time to guess who I am! Put your guesses in the comments. 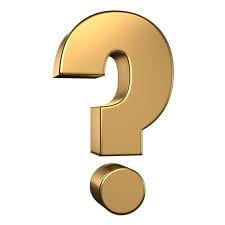 If you want to check out Heidi’s blog to see their review on me and many more different posts, it is linked below.

Hey y’all! This is Heidi from dpsm tea ._. I am going to write a review on Anna and They’ll do the same on my page if you want to check it o 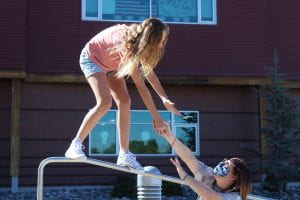 She has so much spunk and it’s so funny to hear her rant sometimes because of her word choices. One thing you will hear her say often is “dude.” She has strong opinions in what she believes in and it is so cool to see how much passion she has. If you don’t already know or talk to her, I definitely recommend talking to her. She also couldn’t open her locker if the world depended on it. 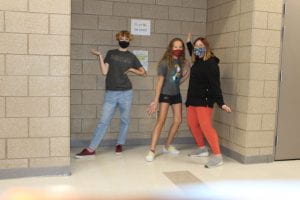 I know from experience. She is so amazing and I’m glad I know her.

My name is Anna. I like my name. Not a lot of people have it and it is easier to pronounce than some other names. I got my name from a Counting Crows song called Anna Begins. It is my dad’s favorite band and the song was pretty popular at the time. It means grace or grace of god. It also means mother. It is somewhat German and Hebrew, but mostly English. There are some other roots too, but those are the main ones. I used some of my photography skills to take pictures around the school of letters of my name. Here is how it turned out. 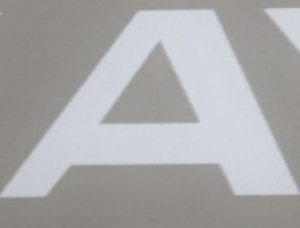 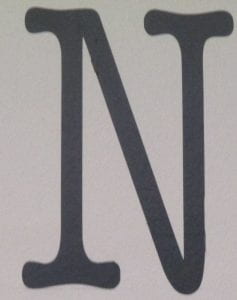 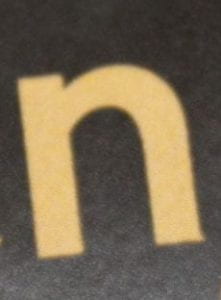 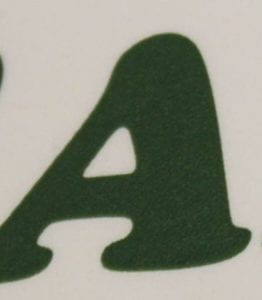 My favorite color is yellow. My favorite color does switch often. I did like pink and purple a lot when I was younger. But, for the past year and a half, it’s been yellow. It is really hard for me to decide though. It’s just so bright and happy. I also just like the way it looks on stuff. Like my phone is yellow and it’s really pretty. A sunflower is also a good example, those are so pretty as well. I used my photography skills to take some pictures of the color yellow around my school. Enjoy! 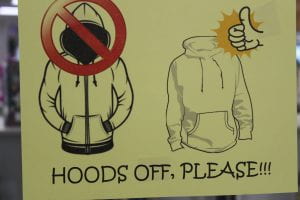 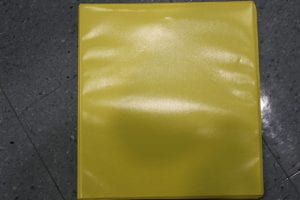 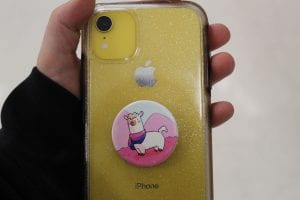 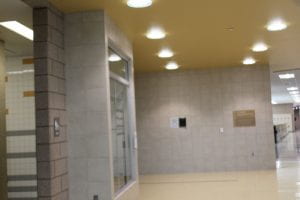 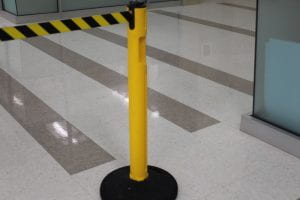 Warning: Minor spoilers. You have been warned. 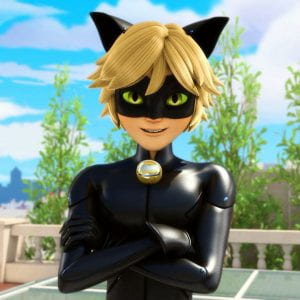 I love a lot of fictional characters. I have a problem, I know. But, there is one that is my most favorite character of all time. That is Adrien Agreste/Cat Noir from Miraculous Ladybug. Yes, the kid show. In the show, he is a teenage boy living in Paris. He is the son of a famous fashion designer, Gabriel Agreste. His mom went missing before the beginning of the show. His father doesn’t let him do a bunch of things. He only is allowed to do what his father wants, he takes fencing because his dad told him to. As well as piano and Chinese. One day, he tries to sneak to school and gets caught. Before he gets into his car, he sees an old man fall, Master Fu. He helps the old man up and ends up getting the black cat miraculous. This is a jewel that gives you special abilities. This is the miraculous of destruction and he ends up fighting villains with his partner, Ladybug. He ends up falling in love with her, only to be rejected by her several times. He still waits for her and is really sweet. He is also funny and has some pretty good cat puns.

Hello! I took some personality quizzes! If you would like to take the ones I took or many more, click here.  Here are my results.

For my first quiz, I took “What ice cream flavor are you?” I got chocolate. I actually don’t like chocolate ice cream that much, so that is surprising. 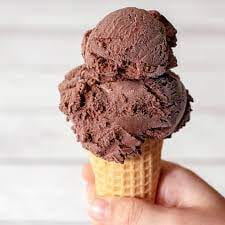 The second quiz I took was “What Greek god am I?” I got Artemis. She is the goddess of wild animals, the hunt, and vegetation and of chastity and childbirth. 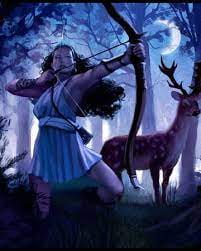 For the last quiz I took, I took “What superpower should I have?” I got mind reading. I have always wanted to be able to read people’s minds. It is one of my top five powers. 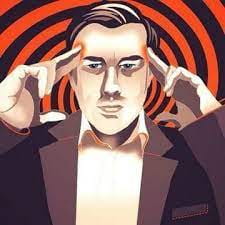 Here at Dpms today, we had a school assembly. This school assembly was about our cellphones and being safe on them. I thought this was a ridiculous assembly. The guest speaker had some good points, but some of the things that they talked about were weird to me. 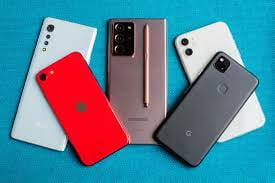 Before I start, I just want to say that this is my opinion. It is not meant to offend anyone. I get the messages they were trying to get to us, this is simply my feelings about it.

Here is the first thing. We get this assembly one way or another every year. Maybe not last year with Covid, but I can’t remember any other year that I have been going to school and not getting this talk. It doesn’t matter if it was a talk, activity, or assembly. We would always get it one way or another. I don’t know about anyone else, but I got tired of these in the 2nd grade. It just gets tiring after everyone tells you to be safe on the internet. Well, what if you are? What if you are being the safest you can be and yet people can still get to you? What do you do then? It’s not like all the bad people went away because you are being as safe as you can. There are always going to be bad people. 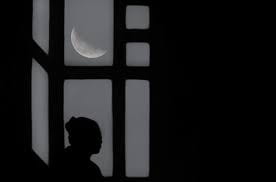 Another thing was that the depression and anxiety rates went up. Well, here are a few things about that. They have gone up, yes. Is that all because of our phones, no. There are many other reasons for anxiety and depression. Not just phones. I know that they have a part to play, but there is so much more to that. Like school, I know at least 10 people where their anxiety gets worse at school. All of those classes and work is hard to do. I also know 10 people where their depression gets worse because of school. That just hurts. Sometimes their phones are their way to escape that, which is sad for the world. It should not have to come to that to hide from the world because of people and the world in general.

Check out my friends Blogs